The Tippmann X7 Phenom is a compact yet powerful paintball gun that can accurately hit targets up to 150ft away. Its electronic trigger allows for up to 5 different firing modes. Currently having problems with customers receiving broken product – current ratings reflect this.

Paintball is a sport that requires a lot of strategy and requires you to be quick on your feet because you have to out-think your opponents and move around a lot to avoid being hit by other players. It is a great sport to play recreationally, or in a professional league.

The Tippmann X7 Phenom .68 Caliber is part of the new generation of paintball guns, it has a military-style design, that can be customized to many different looks, like the AK-47 , M-16, MP5, UMP, and various other assault rifles and it is also reliable in battle. It comes with a three-position selection switch that allows you to change its operation from electronic to manual with ease and the FlexValve technology, which reduces recoil and improves its air efficiency, by allowing it to operate under 300 PSI. 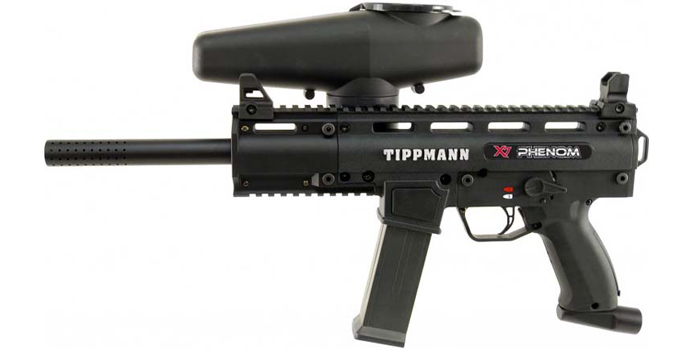 The Tippmann X7 Phenom .68 Caliber is a very powerful marker, the 9.5 inch barrel allows you to hit targets up to 150 ft. with accuracy, the Hall effect electronic trigger allows you to use five different firing modes, which include Safety Full Auto, PSP, Semi Auto, Response, and NPPL, and it has a Cyclone feed system, which allows it to fire 15 balls per second, without the use of batteries. 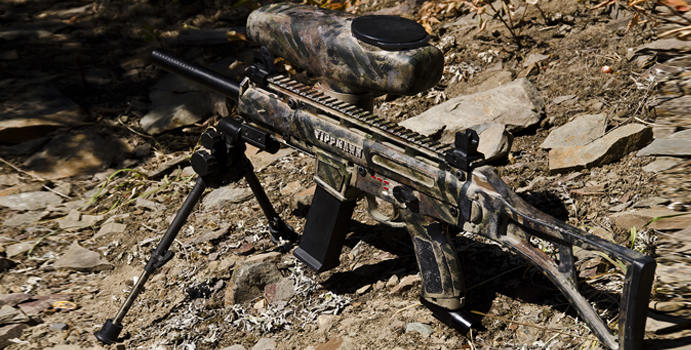 The Tippmann X7 Phenom .68 Caliber marker is not only very good looking and well built. It is also a very powerful marker that will give you an advantage over your opponents, because it can fire up to 1,000 paintballs before you need to refill, which could be the difference between hitting an opponent or getting hit by an opponent. The marker can be used by both beginners and intermediary players, but it was clearly made with the higher skilled in mind, because of the more advanced features it has. If you need a lighter marker, check out Tippmann A5 and Empire Axe 2.0. If you are serious about paintball, this is a paintball gun you need to try out and after reading this Tippmann X7 Phenom review you can decide weather you need this equipment or not.