If you play paintball, you know that a few pieces of equipment that can really bring the awe factor can totally turn the game on its head. A paintball grenade or a paintball grenade launcher is an excellent piece to have on hand that can leave a good trail of paint spray to win the game.

Some people prefer to make homemade paintball grenades, but if you aren’t that handy, it is possible to purchase them just like a paintball gun. There are two different types of paintball grenades. One you can throw yourself and the other gets shot out of a grenade launcher.

Of the two, the hand thrown grenades are cheaper and simpler to use. All you need to do is pull the pin and throw it, very much like a real grenade.They spray paint like a water balloon as it spins in the air. You can really get some distance with this type of grenade, and they go off as far as you can throw them.

Shooting grenades out of a grenade launcher is more expensive, and it is much more realistic and fun. Paintball grenade shells have between 17 and 25 paintballs in them and a CO2/air transfer charger is used to set it off. It sends out an explosive wave of paint within a range of around 50 feet. 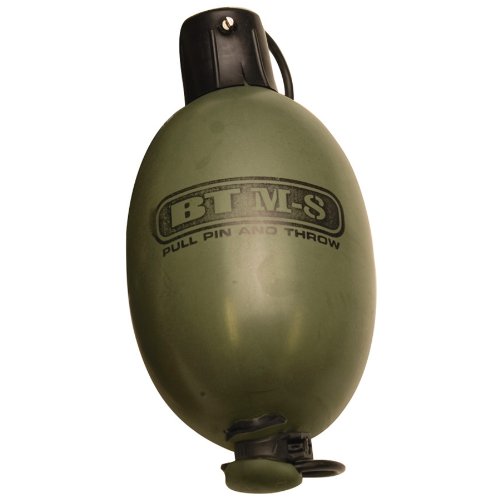 If you are looking to leave a trail of destruction behind you, the Empire Pain Grenade will definitely do the job. BT paint grenades have a replica grenade design with a pull pin that uses the well-known RPS paint fill, and it is the first of its kind to do so. The Empire has incredible marking ability with uniform marking upon impact.

When you set of this grenade, you can expect a trail of paint over 30 feet long. Think about it, you can take out a whole platoon with a bright yellow paint that you won’t be able to miss. So, what are the pros and cons? 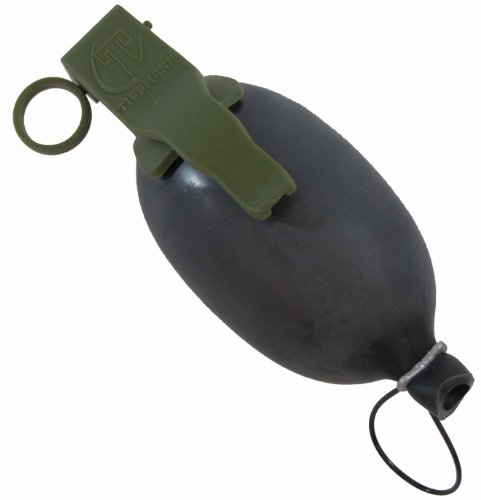 The Big Boy Grenade has been redesigned with a realistic look that will send your adversaries running. This is one of the most reliable grenades on the market that comes with an effective 30-foot spray pattern.

The pull pin design is easy to use, and it comes with 10 ounces of bright pink fill. This optimally sized grenade is easy to carry and throw featuring superb marking paint and coverage. Here are a few pros and cons of the Big Boy Pull Pin Grenade.

Like the Empire BT Paint Grenade, the BT Empire M8 is one of the first to use the well-known RPS paint fill. It uses bright yellow paint fill that has incredible marking ability and can leave a 30 foot trail of paint.

The M8 Deluxe has a replica grenade design that includes a pull pin that has consistent marking upon impact. It is very efficient to use in a game as it can take out a whole team with one grenade. Here is a list of pros and cons of the M8 Deluxe. 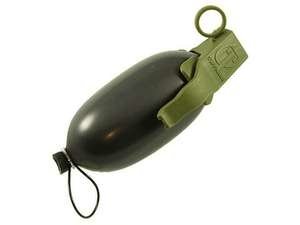 If you are looking to create a huge paintball grenade explosion, the Tippmann Big Boy II Grenade will give you awesome performance with an awesome look. The grenade houses 10 ounces of bright pink fill that will cover a 30-foot radius. It is easy to use and throw adding a great new level to your playing field.

It features a pull pin with a safety lever that is very realistic, which is always an added benefit in a mil-sim game. If you want, you can also attach it to your vest with a carabiner with its rubber o-ring.

The Big Boy II Grenade will give you a real advantage at your next game when you need maximum coverage. Let’s take a look at the Big Boy ii Grenade’s pros and cons. 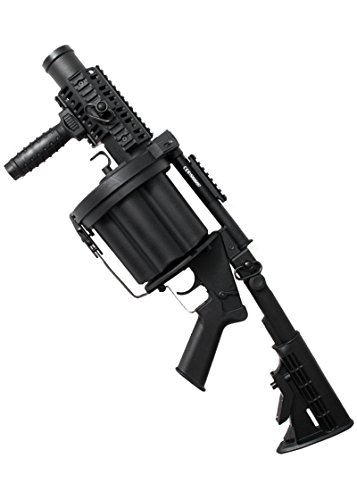 If you are ready to create some havoc, is the ideal weapon to intimidate your adversaries out on the field. This is a durable grenade launcher that will not only keep up with you, but will last you a long time. You can release a flurry of paintballs with just a simple push of a button.

The Paintball Grenade Launcher is simple to install attaching onto any kind of Picatinny rail. You can get creative and mount it on any rail on your gun, or you can go for the class look underneath your barrel. It is simple to operate for hard-core mil-sim fun.

XM320 – The XM320 can be used by itself or mounted on a rifle. It was created by the German weapons company Heckler and Koch, and it has a pistol grip with paintball side loading.

S-Thunder Pistol – The S-Thunder pistol is simple and efficient. It is a breach loading pistol that is compact and can be used instead of a rifle mounted system.

SCAR grenade launcher – This launcher is also a breach loader, but it can pivot from side to side and can use any shell that is available on the market.

M203 – The M203 can either be rail or barrel mounted and is available in several barrel lengths.

HK79 – The HK79 is also a breach loader that was intended to be used on the G3 battle rifle. It looks very simple and has a break open style.

Paintball can be a lot of fun whether you are a pro or an amateur, and it’s a game that can be played pretty much anywhere. To really enjoy the game, it helps to have some of the best equipment that you can find. Here are a few tips to help find the best paintball grenade and the best paintball grenade launcher as well as a few tips to help you start your search.

Paintball has become more than a teambuilding exercise or a casual game. For some, it’s a way of life with games that are similar to real war scenarios. It is a harmless way to feel a rush of adrenaline in a safe environment with your friends. Since you can play the game inside and out, there are tons of situations that can be played out like elimination and capture the flag.

There are three main types of games that are currently played.

This game simulates military combat, hence the name, without having to deal with the horrible parts of war. The game simulates the conditions of military combat as far as planning out logistics and missions. The rules do have are changed slightly to include if you get hit in the arm, you can continue to play without using the arm.

This is the most popular game type and the name references where it is played. The game can be played in the woods, or basically somewhere outside, with natural settings that are already set up.

We recommend the Tippmann Big Boy II Grenade as the best grenade, it’s easy to use and feels realistic, as far as the grenade launchers go, that one is up to personal prefence as they are all relatively different from each other.